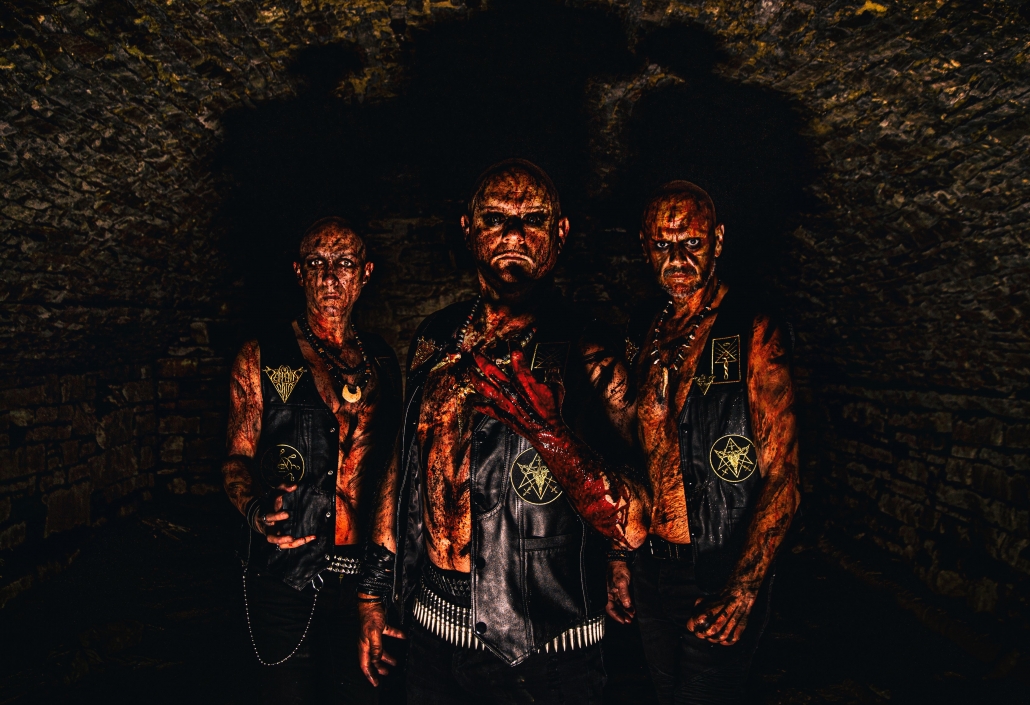 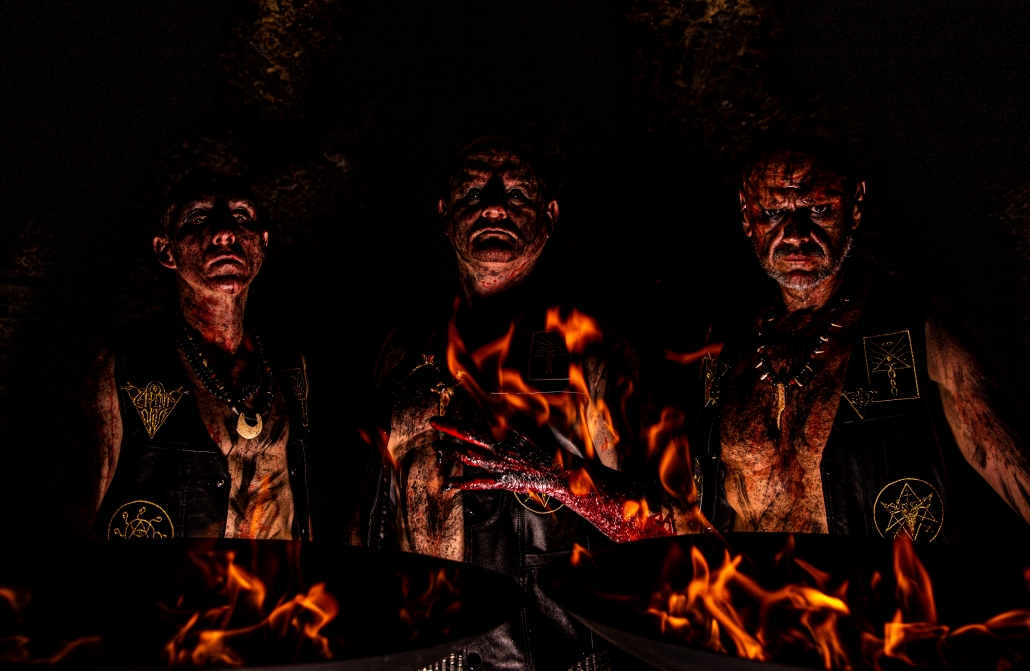 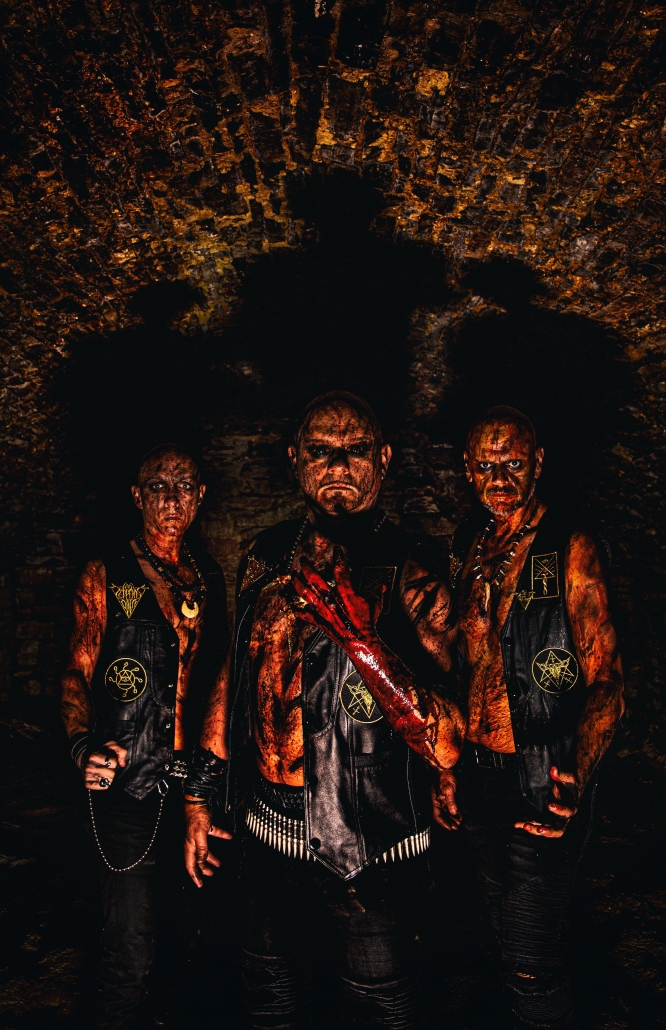 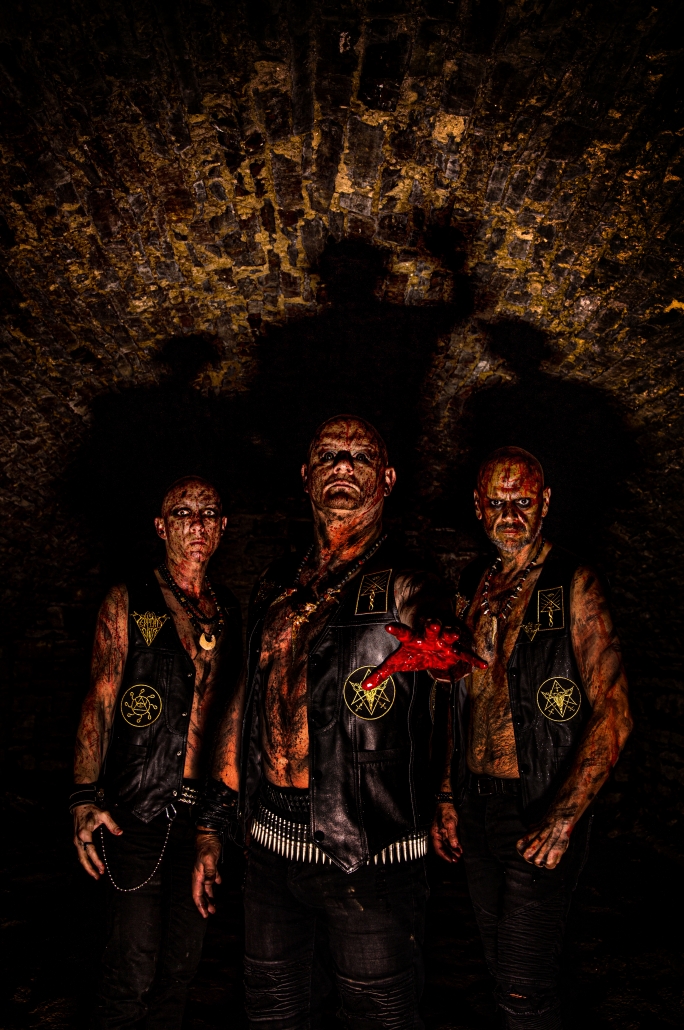 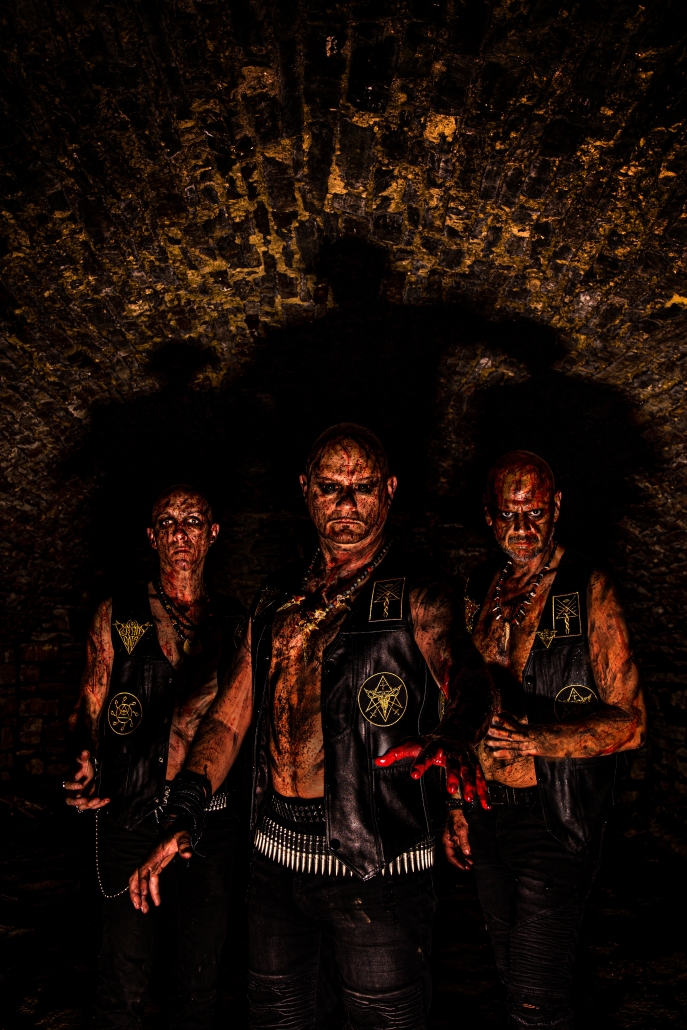 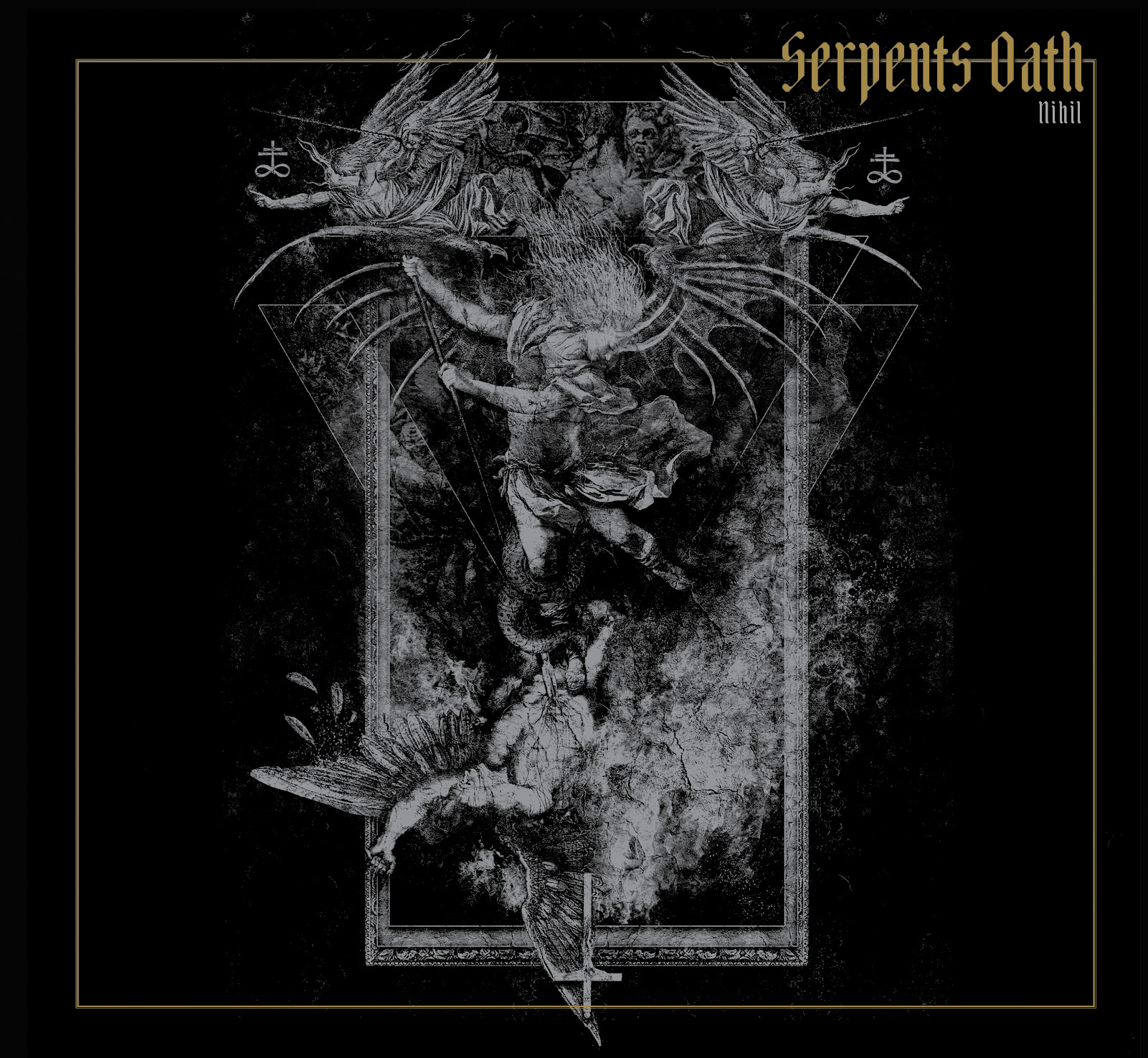 “Pledged in blood, will and power
Commit totally from this very hour”

SERPENTS OATH is a new creature comprised of three adepts of Belgium’s extreme metal scene. As soon as they met up and started creating together, they realized they were establishing a very different entity. Hence they decided to leave the past behind and give birth to this new Beast.

Their rebellious debut album ‘Nihil’ is set to take the world by storm with its relentless and unforgiving version of nihilistic black metal. Expect no remorse from this opus, only crushing riffs, pounding drums and terrorizing screams pushing the limits of a music genre already marked by chaos and death.

Tes Re Oth had the following to say: “The vision behind the band is one of transformation. This shines through first and foremost in the lyrics and is carried through in the cover art and other visuals. The transformation is that of an individual striving to become transhuman with the ultimate goal of beating even Death. This is the ultimate rebellion as even Death is not accepted as a given.”

The album was conjured at the renowned Stage One Studio with Andy Classen (BELPHEGOR, LEGION OF THE DAMNED) as the master of ceremony.

The black arts for the artwork of ‘Nihil’ were performed by the hands of Néstor Avalos, known for his work for bands like DARK FUNERAL & BLOODBATH. The artwork shows the UR rebellion, that of Lucifer leading the War in Heaven. Only this time the outcome is different and the rebellion succeeds, visualized by Lucifer casting out the Arch Angel Michael and therefore establishing the ultimate victory of free will.

Witness the unleashing of the beast on December 4th through Soulseller Records and prepare to be crushed by their skull impaling riffs of hate!